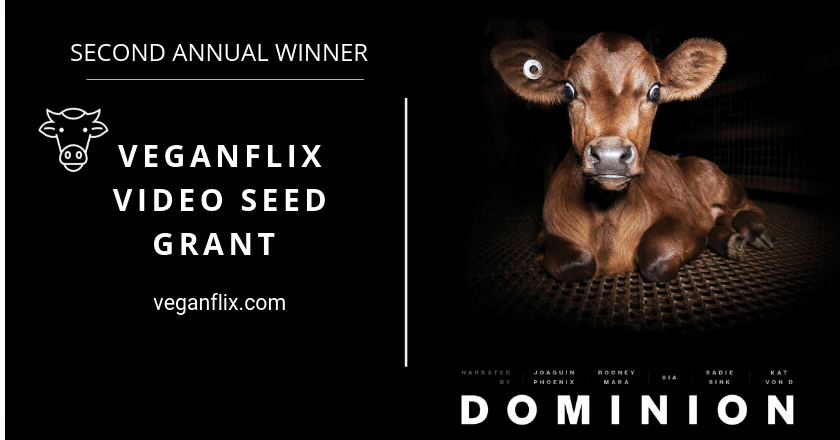 VeganFlix got the chance to ask filmmaker Chris Delforce, one of two recipients of the second annual VeganFlix Video Seed Grant, a few questions about his new film Dominion.

Please stay tuned next week for our interview with the second recipient, filmmaker Thomas Jackson, of A Prayer For Compassion.

Congratulations Chris! We are so excited about your new film!

VF-Why do you think that people have the mindset of “that doesn’t happen in Australia” to animals? Do you think it’s because they just don’t want to believe it, or they genuinely don’t know? Is there lots of advertising of animals on happy farms in Australia?

CD–Industries that exploit animals rely on their customers not knowing what goes on behind closed doors. Huge amounts of money are spent not just by the industries themselves, but by our government, on promoting this notion that Australia is a leader in animal welfare and that we have watertight systems in place to identify and stamp out animal abuse. For a long time, we didn’t have the footage available to prove them wrong.

For over 20 years, gas chambers in pig slaughterhouses were referred to as a “humane” method of killing – it wasn’t until we managed to get hidden cameras inside those chambers that people started to realise that the story about pigs gently falling asleep from the gas was the furthest thing from the truth. Similarly, very few people knew about the killing of millions of male chicks in the egg industry who are considered useless because they’ll never be able to lay eggs – there was plenty of overseas footage, but until we captured and exposed it in Australia, people refused to believe it.

Over the last several years, we’ve been steadily filling in all of these gaps, to the point that we can now comprehensively show people the reality of Australian animal agriculture; they can no longer say “oh that footage is from overseas”. Sometimes people are still reluctant to believe it, but the resources are now in place for them to do their own research and see as much as they’re willing to see.

I do think that there are still quite a few Australians who genuinely have no idea about how animals are raised and slaughtered – and this is why these industries are still operating. Gradually though, more and more people are becoming aware, and it’s easier than ever for them to view hours and hours of footage, or tens of thousands of photos, if and when they choose to look into it.

VF–Was there anything that you learned from making your first film, Lucent, that you were able to apply to Dominion?

CD–Lucent had a fairly narrow focus and aim – it was to show the standard, day-to-day practices employed by the Australian pig farming industry, by using footage from 50 different facilities. It was the response of myself and a small number of other investigators to some of the horrible things we’d witnessed, and the sickening way the industry – including the RSPCA and police – had brushed it all off and hoped it would be forgotten about. This meant though that many examples from different farms were used for each issue, which made the film often feel like it was dragging or being too repetitive. Dominion covers almost all of the same issues for pigs, but in a much more condensed fashion, so that it flows better, is more engaging, and less taxing to watch – and then it does the same for the other species that we as humans routinely exploit and abuse. So I think the timing is one of the most important lessons from Lucent that I’ve applied to Dominion. There are a lot of other, more minor, skills that I’ve developed since making Lucent which I hope will be evident in the editing and script – overall it should present as a much more polished, professional film.

VF–Is there any particular reason why chose the song that is sung during the trailer? It’s a great one that provokes a lot of emotion and goes well with the footage. Was it hard to decide on this song?

CD–I stumbled across the song ‘Descent’ in late 2016, and immediately fell in love with it. I contacted the rights owners and, amazingly, they gave me a usage license for free because one of the writers was a supporter of animal rights. I had most of the trailer mapped out in my head, and would run over it each time I heard the song, long before I ever started cutting it together. The lyrics convey the enormity and tragedy of the situation, and the dire need for everything to change… with a perfect inspirational tagline of “we will rise together”. The relationship between humankind and animals is emblematic of a much larger struggle, essentially a struggle between good and evil. Do we, as a species, learn to give up the notion that having a superficial, self-declared superiority over another group – be it white people over black, men over women, humans over non-human animals – gives us the right of dominion over them, or continue to destroy each other and our planet in pursuit of temporary pleasure and profit? Can we come together for a better world?

VF–Even though this film contains footage from Australia’s farm, was your intention that people from all over the world view it?

CD–Absolutely – these issues are not just isolated to Australia. Most of the footage in Dominion represents standard practice all over the developed world. Statistics relating to other countries are included in each section of the film, and at the end, a number of other countries are briefly showcased to make the parallels clear. Aside from the particular practices shown though, Dominion asks bigger questions about our species’ relationship with the animal kingdom – questions which are still valid even if the specific processes used vary slightly between countries.

VF– It must have been hard sorting through hundreds of hours of footage (if not more) trying to find the correct scenes to include in the film. How did you decide what parts to include and not to include?

CD–At this stage, I could probably make 10 different documentaries about how animals are raised for food in Australia, so it does get a little arbitrary at times as to why I choose one example of an issue over another. Sometimes if I’ve used a lot of footage from one farm/slaughterhouse, or one state of Australia, I’ll use almost identical footage from another.

Generally for each species of animal featured in Dominion, I’ve tried to tell a story – the story of how they are bred, raised and killed to meet human demands or interests. So I’ve chosen the footage that I feel best captures each element of that story. Of course, it’s only a fraction of the evidence now available; it’s safe to assume for much of the film that “there’s plenty more where that came from”. A lot of the footage has already been released through www.aussiefarms.org.au or through other groups like Animal Liberation, though there’s also a lot that hasn’t been seen before and will be published in full in the months following the film’s release.

VF–  Since you are covering so much in this one film (Companion Animals, Wildlife, Scientific Research, Entertainment, Clothing and Food) do you think you were able to get the point across for all of these main points? Was there anything you wish you had more time to include in the documentary as well?

CD–The main focus of Dominion is food animals, which by the numbers is the main way humans exploit animals. If people can recognise and understand why it’s wrong to eat animals, I feel it’s less of a step to get them to understand why it’s wrong to use them for other purposes. Wildlife and scientific research are only very briefly touched upon, which is definitely a shame, and particularly with the latter is due to the difficulty of obtaining such footage in Australia. It has meant though that I can be more comprehensive when it comes to animals used for food. I could have delayed the film by another year or two to try and cover these other issues better, but there’s no guarantee I’d be successful… and I think if there’s ever a time for a film like this to be a catalyst for a better world, it’s now.

Thanks so much Chris! 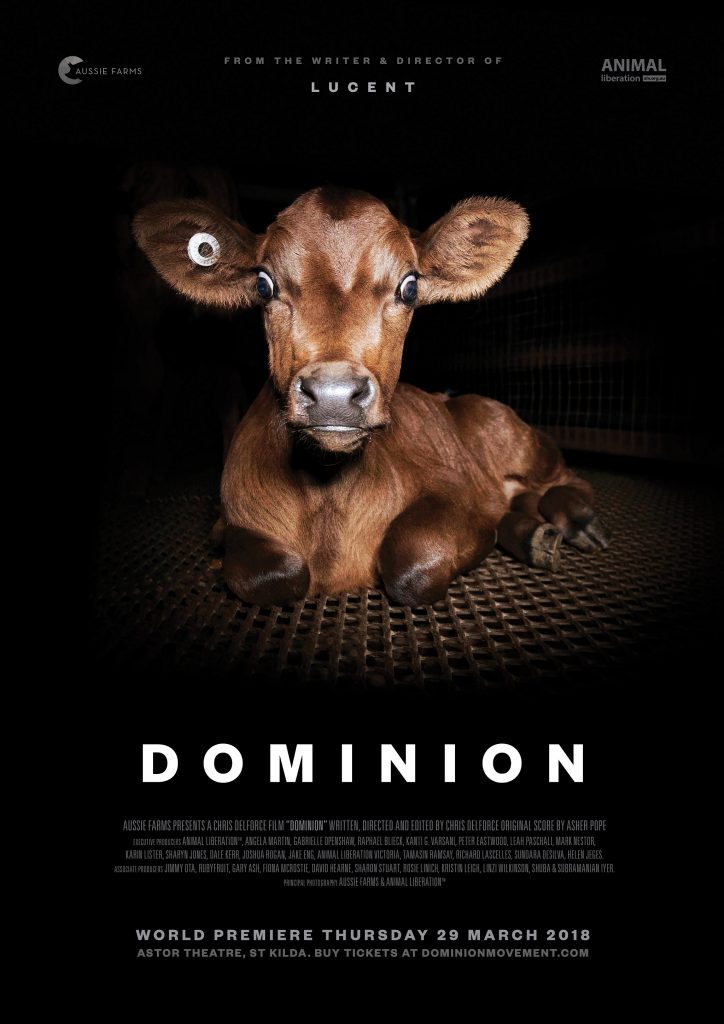